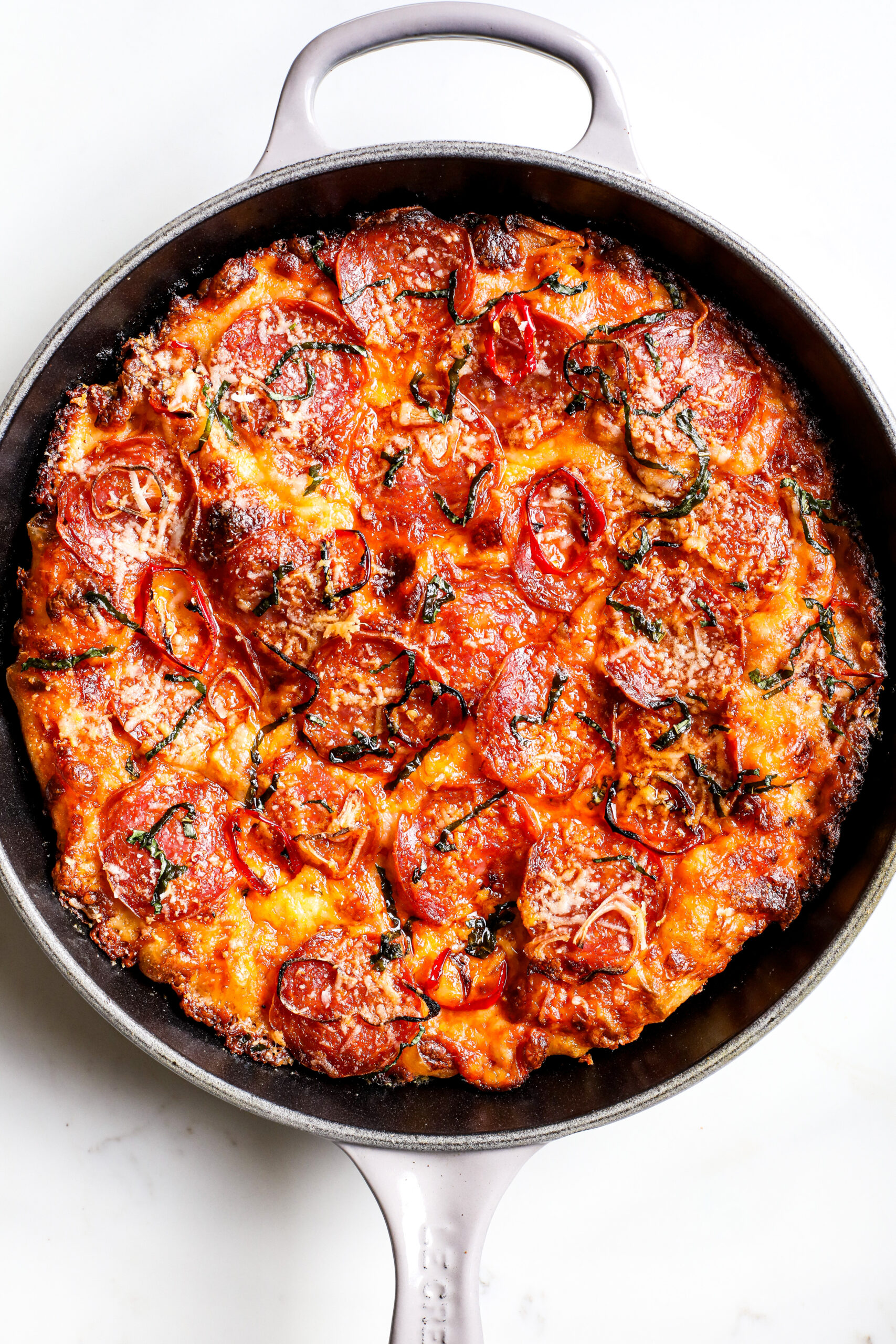 I love pizza in all forms. But there’s something special about the crispy, burnt cheesy edges and the crispy, chewy crust you get with a pan pizza.

This recipe uses a 10″ enameled cast iron skillet and needs at least half a day to let the dough rise. If you’re shorter on time, more in the mood for a rectangular pizza, or don’t have a skillet, check out this pan pizza recipe. 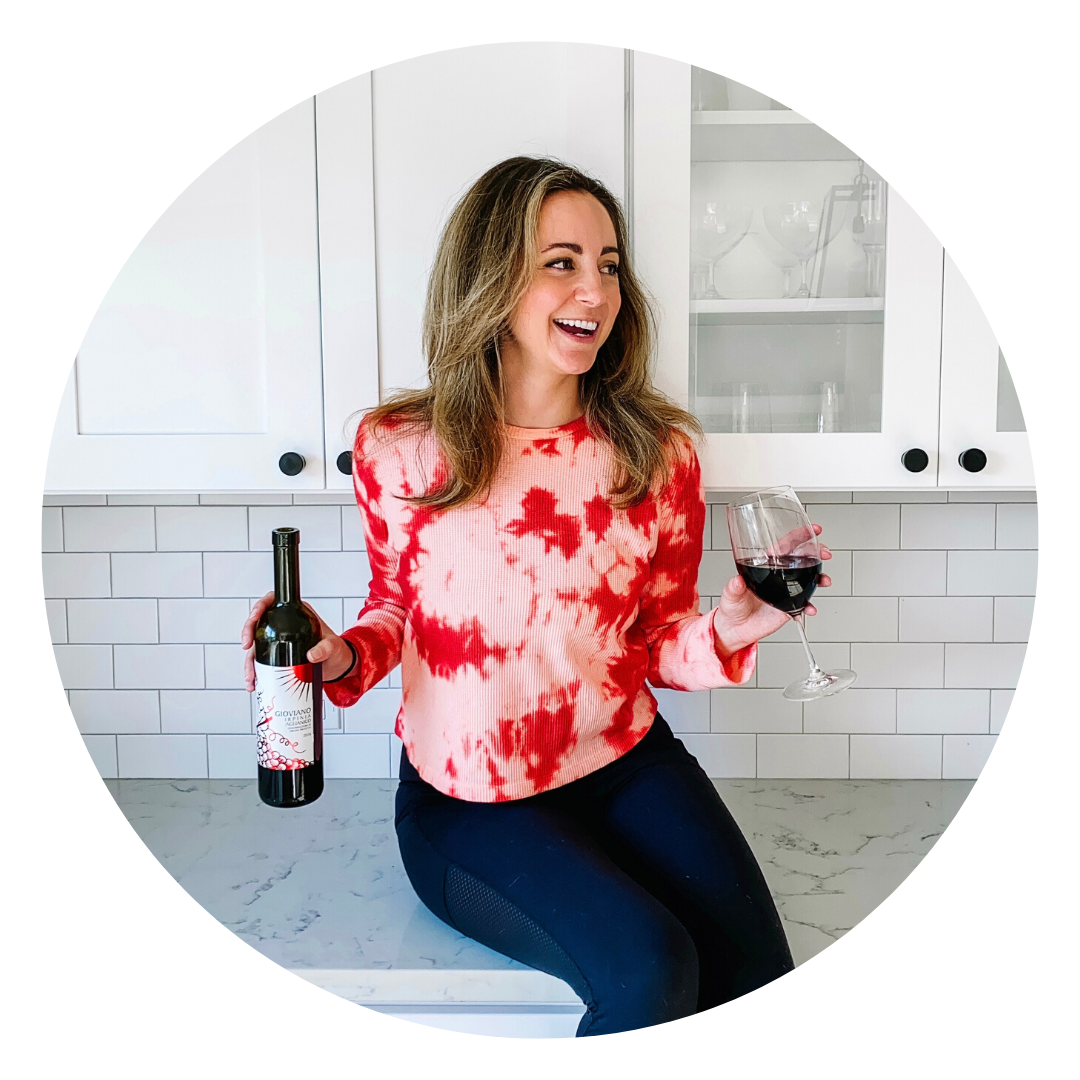